Calcium, Toxins, and Your Cellular Health: Quacks and Hypochondriacs Podcast

I’d never heard of Calcium ATPase until I listened to this episode of Quacks and Hypochondriacs. Dr. Bill Ferro and Erin O’Hearn spoke with Brundy Broady, author of “The Calcium Connection,” about the importance of the enzyme calcium ATPase and how to make educated health and lifestyle decisions. If you’re like me and have never heard of calcium ATPase, it is a form of P-ATPase that transfers calcium after a muscle has contracted. This ATPase is vital in regulating the amount of calcium within the cells. Calcium ATPase inhibitors exist in so many more things than people even realize and, oftentimes, they can be most harmful to children while they’re growing up. Brundy Broady’s son Knute faces several health issues while growing up that were directly affected by a lack of calcium ATPase being regulated in his cells, which is exactly where her years of research on this topic stemmed from.

From the day Knute was born, he faced every problem under the sun, including sleep apnea, pneumonia, asthma, low muscle tone and several rashes all over his body. Brundy went to several doctors and specialists and had all types of tests performed on Knute, but every single one came back negative, so she found herself at a dead end. When reflecting on all the things that could have caused Knute’s problems—such as having her house redone, painting the nursery, feeding him formula, Pedialyte and solid food—she said she had been totally naive. She always assumed Knute was just sensitive to some things given his past medical history, but she realized it was a combination of environment and genetics. She began really looking at his symptoms with a microscope to find the true culprit of his problems. No mother wants to see their kid constantly suffer, so when his symptoms began getting worse, she took it upon herself to figure out the problem. One of the key symptoms Brundy noticed was Knute’s muscle tone, specifically his eyelids. She saw that when he would eat a lot of processed foods—candy with dye or any type of junk food—his eyelids would start drooping and he would break out in bumps. After consulting Google, Brundy found that there were several parents whose kids faced these same sensitivities and were also so lost. As she did more research, she found that Knute was sensitive to certain additives like TBHQ and certain dyes and pesticides, which all happened to inhibit the calcium ATPase enzyme. That’s when the big “aha” moment happened: she learned that there was not enough calcium regulation happening in Knute’s muscle cells, which explained the droopy eyelids. The next symptom Brundy tried to resolve was Knute’s severe allergic responses. Turns out that if you reduce calcium, it triggers mast cell degranulation, which can lead the body to have muscle contractions and local inflammatory responses. This gave the answer for all the strange bumps and itching that was occurring. She was slowly finding the answers to all her problems, but there was one more thing that did not make sense: mood swings.

She was so confused. One second Knute would be OK, and the next he would be completely out of it. She began looking into neurotransmitter release and its relation to calcium regulation, and she found that it plays a huge role in nerve transmitter release and uptake. She began going all organic no processed foods, cleaning her house, changing the air filters and getting everything set so that Knute could start to get better.

After going through this journey of figuring out what was causing Knute’s health problems, and having to research most things herself to get the answers she wanted, Brundy began a crusade to educate herself and other parents dealing with these same issues. She was fascinated by ATPase and how it affects every single cell of the body and its functionality. Calcium regulation within the cell is controlled by a number of different things, calcium ATPase being only one of them. Other factors include sodium-calcium exchangers, sodium-potassium pumps and the mitochondria, so for someone to be sensitive to calcium dysregulation, any of those things could be off—the hard part is singling out which one it is. Brundy began diving deeper into the science behind it and found over 25,000 articles on Pub Med about calcium ATPase, diseases and pesticides to learn more, and she even partnered with Dr. Dahl, a researcher that is developing compounds that stimulate calcium ATPase for disease treatment, to learn more. All this self-educating started simply as survival of trying to help Knute. She was focused on helping her child and learning about the ins and outs of this health issue that many doctors and specialists could not even fully figure out. Once Brundy made it through the madness and got her child to a healthier state of being, she began focusing on informing people on what they need to know if they’re experiencing the same thing.

Some pieces of advice that she would give to parents who have a child going through something similar with no clear answer in sight is to first do all the tests and rule out everything that can be diagnosed, such as the metabolic test, neuromuscular test, allergy test, etc. It’s good to rule those out because sometimes the answer may lie in those tests. Another point is to heavily monitor your kid’s symptoms. As a parent, you’re around your kids 24/7. Watching them on a moment-by-moment basis may help you find some triggers that the doctors who only see them for a check-up might not pick up on. As a parent, if you see the things that are triggering their symptoms, then you want to pull those things out of their diets and lifestyles. It’s important to make these healthy decisions and choices even though they might not be the easiest for the parent or the child. You have to keep thinking about what is best for your child and making them understand that the things you’re stopping them from doing or eating are for their own good. Calcium ATPase affects every cell in your body and can trigger a multitude of symptoms in one’s body if the calcium is not properly regulated.

This episode made me want to start looking more microscopically into the things I’m putting on and into my body to make sure my body is taking in the healthiest things it can. If you want to learn more about Calcium ATPase and making healthier decisions for your body then check out Brundy Broady’s book, Calcium Connection, and listen to this episode of Quacks and Hypochondriacs. 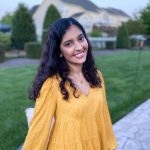 As a student journalist and current Tar Heel, Aashna is always chasing the next story. She strives to tell the story of those who often are left unheard. With a love for broadcast, storytelling, radio and writing, she hopes to find her true calling through various experiences.