Earfluence is thrilled to announce its new podcast series debuting in March, “Finding Life’s Rhythm”, to tell the story of Preservation Hall Jazz Band drummer Walter Harris’ life and how drumming changed it for the better, and to inspire audiences to take control of their own lives, too. Harris had always wanted a life of music like his grandfather and uncles, but after finding himself in prison overcoming addiction, he realized what he truly wanted was to transform his life — and music was his way to do it.

While in the prison library studying literature and religious texts, looking for the lessons coded within when a spiritual awakening began. He traded an inmate working in the administrative office six packs of cigarettes to photocopy James Allen’s “As a Man Thinketh,” a self-help book in high demand at Dequincy State Prison, that revealed to him his responsibility for his actions and helped him realize how to shape his life into what it was supposed to be.

“A lot of people just think that their lives are guided and created from the outside,” Harris said, “not realizing that we create our circumstances. We create our destiny.”

Twenty years later, he was the newest member of the Preservation Hall Jazz Band, joining the group on their first ever trip to Cuba just one month before it began. The trip is recounted in the 2018 documentary “A Tuba to Cuba,” which explores the musical connections between Cuba and New Orleans jazz and is rated five-stars on Amazon Prime Video and 100% on Rotten Tomatoes. In Cuba, Harris put his lessons from prison to the test, and he found spirituality in the natives’ Afro-Cuban beats.

“I experienced  the transformation of a spiritual essence and happiness and love through the sound of music,” Harris said. “Walter has so many stories, and I’m excited to put all these stories together and help them be told like his vision,” Thompson said. “He has all of these things he wants to teach people that coincide with the stories of his life.”

Earfluence has a history of telling inspirational stories with audiobook and podcast projects like Cofounders Capital CEO’s “The Startup Hats: Master the Many Roles of the Entrepreneur” and UNC-Chapel Hill women’s soccer coach and 22-time National Champion Anson Dorrance’s “Vision of a Champion,” and Earfluence is excited to do the same with Harris’. 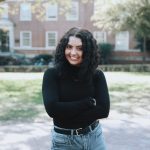