Food scientist Michael Lloyd, CEO of Num Num Sauce, wants to change condiments to make them healthy. He started with his grandfather’s recipes from 40 years ago, then developed a process to get more vegetables and less sodium into his line of Num Num Sauces, and STILL have them test great. The company has been pretty successful, now in around 50 Whole Foods stores. But Michael knows that in order to compete with the big boys – or at least get their attention enough for them to want to buy his company – he’ll need some capital.

On episode 4 of the Startup Stage Podcast, Michael is asking for $2.76 million to take that next step in his business. But will the investors believe in Michael’s vision? 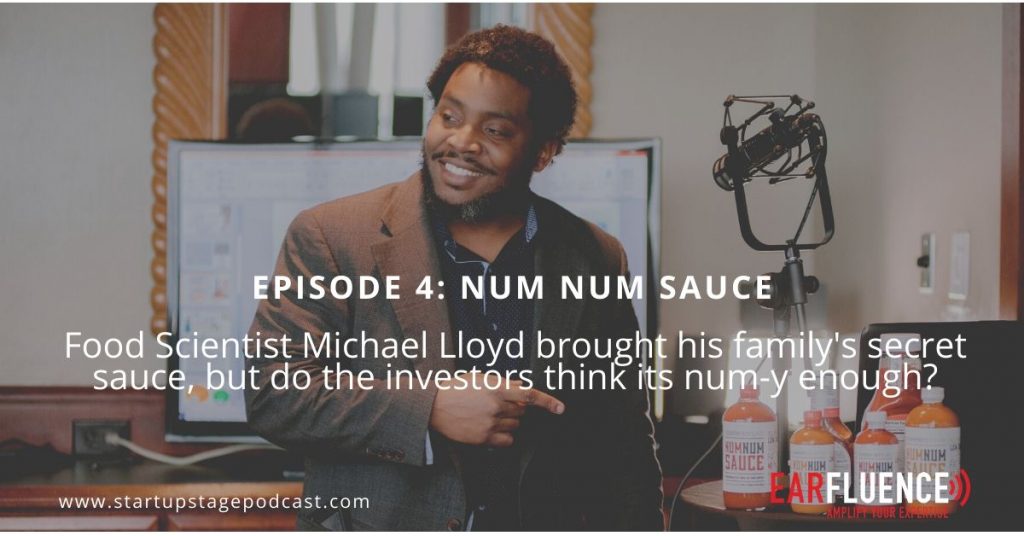 Startup Stage is a production of Earfluence and hosted by Sharon Delaney McCloud.

Thank you to our show sponsors: