How I Partnered with Donald Thompson to Form Earfluence

Looking back, partnering with Donald Thompson was bound to happen. There were too many coincidences and connections to ignore.

I’ve known about Walk West since before the beginning, when it was “O3 Creative”. I first met founder Brian Onorio back in the fall of 2009. He took me to a UNC vs. NC State football game, a bold move since I graduated from UNC and Brian is a rabid Wolfpack fan. While we disagreed on which team to root for, we bonded over digital marketing and web design. I could see that he was building something special.

We stayed in touch over the years, but never worked together in an official capacity. I bounced crazy ideas for new ventures off of him every so often. We sometimes collaborated, but never landed on anything concrete.

I heard of Donald Thompson in 2016 when I read a press release about Walk West’s new CEO. I could tell this was a huge step forward for the company. Then came all their new hires, including YouTube stars Kim & Penn Holderness. When news anchor Sharon Delaney McCloud  joined the team, I wondered what in the world was going on. I knew Brian had partnered with a CEO who could make things happen.

Shortly after Walk West took off, I started producing podcasts. I was immediately hooked.  I’ve been in the digital marketing space since 2005, and saw podcasting as a way to market a business. Podcasting lets you tell stories, show off expertise, and develop team camaraderie.  It was, and still is, an underutilized marketing platform that I wanted to be a part of.

My connections with Walk West were adding up. Last year, my wife, Megan, was one of the first guests on Kim and Penn Holderness’ podcast. Then they were guests on Megan’s podcast, which I produce. I’ve had the chance to work with them and see their incredible talent up close. This year, Sharon Delaney McCloud was a guest on my podcast, Beyond the Obituary. She showed incredible poise and talent, and was a natural being on the mic. I was starting to realize that I needed to work with this group in some capacity.

After 12 years at my digital marketing job, I started my own podcast production company called Happy Hippo Digital. I wanted to team up with an agency to provide them with a podcasting service they could offer their clients. Lo and behold, Donald already had his own podcast, Hustle Unlimited. I reached out to him on LinkedIn, and we set up a meeting right away. Little did Donald know that he was already a client of mine (kinda). He was about to get married, and my wife’s company, A Southern Soiree, was working with him and his fiancée  to plan the event! After so many connections, it felt like something needed to happen.

After our meeting, I knew our vision aligned in a lot of ways. We are passionate about podcasting moving the needle for businesses. We agree that it is an underutilized platform. After our conversation, Donald decided that he wanted me to produce an episode of his podcast. Donald is a risk-taker, but a calculated risk-taker. He likes to give people a chance, but tests things out first to see what works. In that episode, I talked to Donald about his latest ebook, Driving Diversity and Inclusion in the Workplace. I could see that he was passionate about his ideas, and that this passion translated to every area of his life.

Donald Thompson on his book, “Diversity and Inclusion in the Workplace”

Shortly after recording, Donald said he wanted me to produce Hustle Unlimited. The only problem was that I was talking with a local media conglomerate about taking a podcasting role with them.  In many ways, that role was my dream job. It allowed me to use my digital marketing background to improve current podcasts and create many more. I was going to take the offer and, unfortunately, decline working on Hustle Unlimited.

I told Donald about the other offer, and he understood. But he could see that there was one big part of the job that was nagging at me – it was just another job. A good job, and maybe a dream job, but I would still be working for someone else. I had left a stable job earlier in the year to follow my passion of creating something for myself and being my own boss. And I just wasn’t ready to give that up.

Donald, a visionary and problem solver, created a way I could be my own boss, have access to the companies and talent I needed, and build a broader network. As he was jotting ideas down, I knew. I knew that this was going to happen. The experience Donald has in growing businesses and my passion for podcasting created the perfect conditions for this partnership.

That vision  is now Earfluence. Donald and I have partnered up and teamed up with an incredibly talented group of business development, podcasting, and media experts (Board of Advisors Sharon Delaney McCloud, Javier Leiva, and Akinwole Garrett), to  grow communities and companies through podcasting and digital marketing strategy. As a business, you need to expand your brand for more opportunities. You need to expand your earfluence.

We want to use our unique experiences and expertise to take you there.

For more information on Earfluence, or to start your own podcast, shoot me an email to jason@earfluence.com. 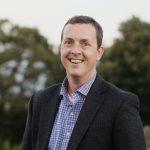 As the CEO and Executive Producer at Earfluence, Jason Gillikin gets to hear experts tell their stories for a living! Having come from a digital marketing background, Jason thrives on amplifying Earfluence podcasts to reach their most impactful audiences. Jason finds inspiration in the storytelling of Wondery, the preparation of Guy Raz, the determination of his wife (also a podcast host), and the curiosity of his three daughters.