Some of the most impactful conversations we’ve had over the past two years have come from the diversity, bias, inclusion, and equity episodes on Diversity: Beyond the Checkbox, If You Only Knew with Dr. Debby Stroman, and Winning with Diversity. The hosts and guests have tackled some difficult topics like racism, unconscious bias, microaggressions, protests, and more. But what we haven’t discussed is one of the most common forms of looking negatively at another human: weight bias.

On the Quacks and Hypochondriacs Podcast, Dr Bill Ferro welcomed Harvard Medical’s Dr. Fatima Stanford, an internationally sought-after expert on obesity medicine. Their conversation covered many topics, including the relationships between systemic racism and health issues like obesity, the underlying causes of obesity, and how people can help. While I definitely encourage everyone to listen to the entire conversation below, this article will be delving deeper into several specific points raised in Dr. Ferro and Dr. Stanford’s conversation. Namely; the enormous complexity of the obesity issue itself, the work that is being done to help combat obesity, and the importance of DEI initiatives on the overall health of the entire population.

The fact that obesity is a complex, multi-faceted issue isn’t news to experts like Dr. Stanford, but it does come as a surprise to many lay-people, and even many doctors. This general ignorance is a real issue, especially considering that as of 2018, around 42.4% of adults in the U.S. have the disease of obesity. That’s almost half the population! One would expect, with such a staggering figure, that more work was being done to address the root causes of obesity, and educate both doctors and the general population about the disease. However there isn’t even an obesity caucus in congress to help address the issue, although there are caucuses for a host of other diseases, such as diabetes, autism, alzheimers, and many more. This is why having experts like Dr. Stanford being able to spread the word through podcasts like ours is so vital.

The complexity cannot be understated. Obesity can be caused by things like diet and lack of exercise, which normally spring to mind when confronted with the issue, but there are many more underlying causes which are less apparent, but no less central to the disease’s spread. Systemic racism, food deserts, mental health, social stress, the medications that we are prescribed, and even the stigma of obesity itself are all underlying causes, to name just a few. This complexity can make it difficult, even daunting, to try and tackle the issue, but it is necessary to look at the disease of obesity as a multi-faceted, multi-layered issue if we as a society are ever to address the roots of it.

One of the ways in which obesity can be addressed is by making sure that all people of all socio-economic backgrounds are given access to nutritious foods. Food deserts, the term used to describe an area with low access to healthy and nutritious foods, are unfortunately not few and far between in the U.S. However, there are initiatives to try and combat this issue. Dr Ferro’s company, Betr Health, is helping through their meal service program, which ships healthy and nutritious meals everywhere in the U.S. These meals are easy to store and prepare, making them ideal for busy workers, parents, and families, and are even paid for through some insurance companies if you are overweight or diabetic. This service is particularly important because it cuts out the need for people to go grocery shopping or find the time and energy to cook. Combating food deserts can also be done through organizations such as food banks, community gardens, local farmer’s markets, and offering coupons and other incentives.

Access to affordable, nutritious food is unfortunately only one of the many battles that must be fought in order to fully address obesity. However, there are signs that another root cause of obesity is becoming more prevalent within the public’s consciousness. Systemic racism has been in the news in a big way this past year. From the Black Lives Matter protests, to the questions about diversity, equity, and inclusion that are being raised in our personal and also professional lives, systemic racism is currently at the forefront of many people’s thoughts. It is embedded deep within our culture, laws, and even as it turns out, our physical health. Studies have shown that being a Black person in the US means that you are at a higher risk for obesity.

“What we do know is that racial and ethnic minorities have higher rates of obesity in the country,” Dr. Stanford said. “I’ll focus on the demographic that I represent, which is Black women. And when we’re looking at Black women, about 60% of Black women have obesity, and then another 20% are overweight.So, we’re talking about 80% of Black women with overweight and obesity here in the United States. And so, then we wonder why we are seeing, in addition to the fact that we have these racial inequities and care, but this high preponderance of obesity within the population.”

While addressing systemic racism will take policy shifts, legal action, additional cultural shifts, and much more, knowing that it is a root cause of diseases like obesity, will go a long way in helping us address those health issues that previously have only been superficially treated.

So here’s my challenge to you the reader. The next time you see someone who’s overweight, instead of thinking that they “let themselves go,” think about what that human has potentially been through – the stress of raising a family and working through a pandemic, the lack of affordable healthy food options, discrimination, and potentially so much more. Let’s all strive to be more thoughtful, compassionate, and listen to what experts like Dr. Stanford are saying about the causes of diseases like obesity. If you need any further proof of just how relevant this topic is, just take a look at this review that was sent to Dr. Ferro about his podcast with Dr. Stanford.

“I listened to the latest episode of Quacks and Hypochondriacs yesterday and it stopped me in my tracks,” the review said.  “As a Black woman with obesity, Dr. Stanford’s message was brilliant, relevant, impactful and reflected my reality.  It was a great program. Thank you for the courage to invite her to speak on your podcast, because we both know that a lot of well-meaning people in the Betr Community are not ready to hear her message. I also want to thank you for allowing Dr. Stanford the space to talk.  As an expert in the field with a track record like yours, you could have jumped in with your perspective and mansplaining all over the place, but you didn’t. As a woman in leadership, I appreciate that more than you know.”

This article uses snippets from the Quacks and Hypochondriacs Podcast. Full episodes available on all podcast apps including Apple Podcasts and Spotify. 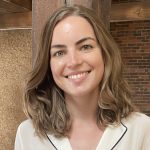