On this podcast from Renaissance Funeral Home in Raleigh North Carolina, we go beyond the obituary to get a better sense of who those people were who have passed on. What were some of the stories that define them?  We’ll hear from the people who loved them because they are so much more than a one-page obituary.

Today we’re doing something a little different, as we have the opportunity to talk to someone who is still with us in this life.

Rob Morrell is a retired physician from Raleigh North Carolina who has been fighting a terminal cancer diagnosis for almost 10 years. He’s not so sure how much longer he has, so he and his family wanted to be able to share his story – at least some of it anyway – on this podcast. Rob and his wife Maureen are parents to three adult boys and now four grandchildren. And today we’re joined by Rob, Maureen, and his son Michael, and we get to hear what the diagnosis was like for everyone involved, if there are any bucket list items – again for everyone – before Rob passes on, and how Rob hopes to be remembered. 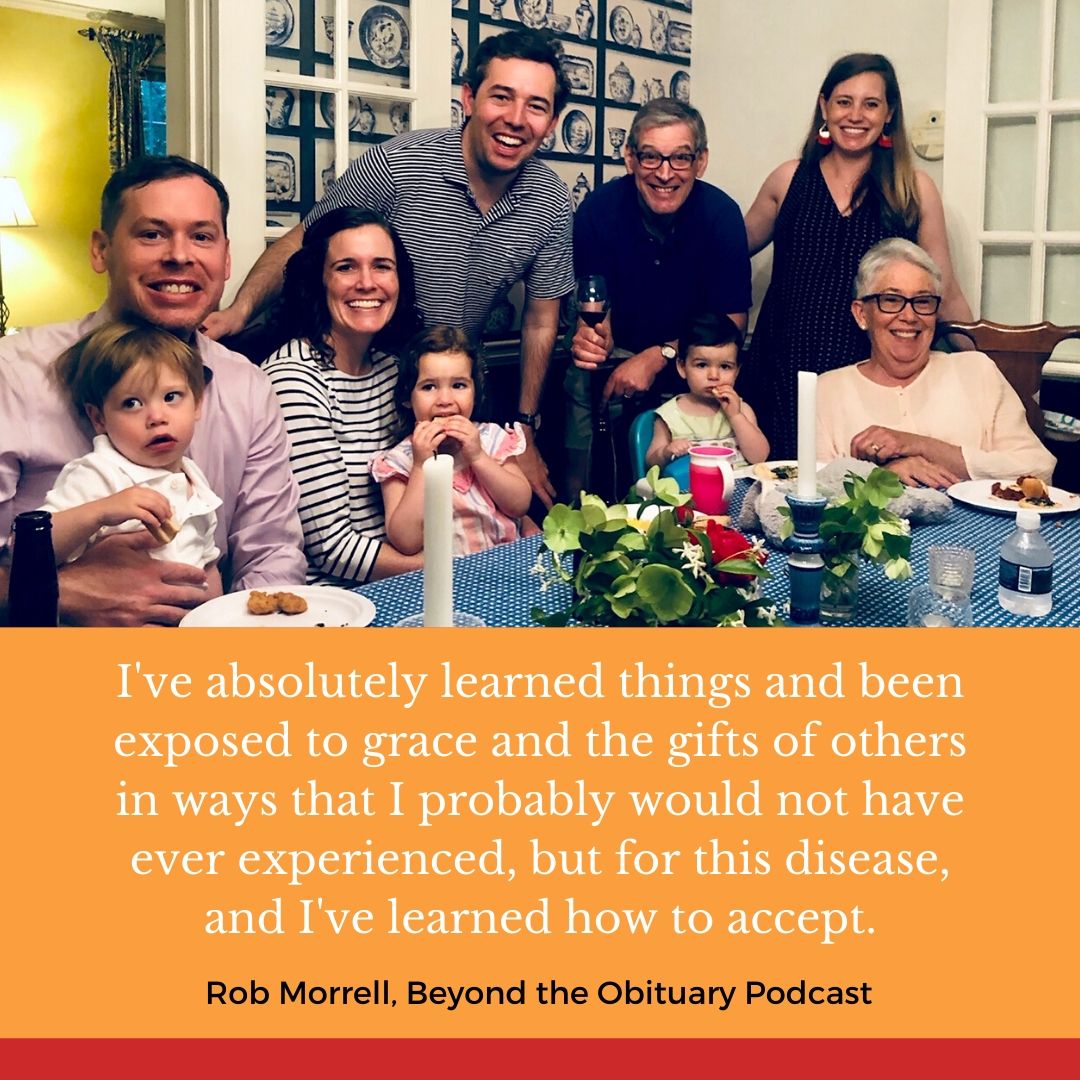 Beyond the Obituary is hosted, edited, and produced by Jason Gillikin for Earfluence.